Pressure safety valves (PSV) are used extensively in oil and gas applications to protect vessels, pipes, and other equipment against overpressure. More commonly, the PSV discharge is sent to a flare via a flare header which collects several relief sources through a flare network of headers and sub-headers. Alternatively, the PSV discharge can be directly sent to the atmosphere on some occasions. The setup required to connect the relief sources to a flare system could be too expensive or complex for remote gathering systems and hence the PSVs might be directed to the atmosphere in such cases. Relieving PSVs directly to the atmosphere, however, requires special safety attention and considerations. This article highlights key areas to look for in the design when a PSV is directly routed to the atmosphere.

The first precaution is the regulatory and safety requirements of the PSV relief, ensuring you can discharge the gas safely and the gas will not return to the grade level. Here are some guidelines:

Determining what materials and at which locations in the facility the relief can be safely discharged to the atmosphere is a complicated process requiring detailed evaluation of risks and mitigation options. A comprehensive assessment of the process for determining the safety of discharge to the atmosphere is discussed elsewhere [Refer to References].

Sizing and Evaluation of PSVs

Assuming the above study has been performed and discharge to the atmosphere is deemed to be safe, sizing and evaluation of the PSV would include the following steps just like any other PSV:

The inlet line is checked for an inlet line pressure drop of a maximum of 3% of the set pressure for rated flow.

The pressure drop in the discharge line should be calculated using the “Isothermal” or “Adiabatic” method as outlined in API 521. It is important to make sure the discharge line pressure drop calculations consider the acceleration term as the gas is compressible. Regular pipe operation in most process simulators ignores this term which leads to inaccurate prediction of the backpressure in the system. Keep in mind that when existing PSVs are evaluated, a very large relief load might be sent to a discharge pipe with a relatively small diameter. This could lead to excessive backpressure in the system. The high flow rates in the small pipe would lead to pressures higher than the atmosphere right at the discharge of the pipe.

When evaluating an existing system discharging to the atmosphere, the key design considerations that must be checked for this PSV application:

Is the installed PSV orifice adequate for the new conditions?

If the required flow rate is greater than 95% of the rated capacity of the PSV, the PSV should be replaced with a larger size PSV.

Using the rated flow of the PSV along with the existing discharge line size, backpressure should be calculated and checked against the allowable back pressure depending on the PSV type.

For PSVs discharging to the atmosphere, a calculation for 25% of the rated capacity needs to be conducted to ensure the velocity at the discharge is sufficiently high to allow for dispersion of the flow and avoiding the formation of flammable cloud at grade level as per API (6th edition) section 5.8.2.2.

Guidelines for Use if Vapor Cloud Dispersion and Source Emissions for Accidental Releases, CCPS (1996)

Guidelines for Consequence Analysis of Chemical Releases, CCPS (1999b) 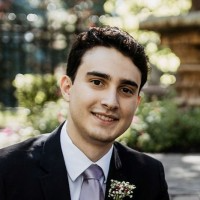 Marcelo joined Process Ecology in April 2021 as an Air Emissions Analyst/Programmer. He started his career at NOVA Chemicals as a SCLAIR-tech polymer engineering CO-OP involved with the development of new polymerization technology through equipment modeling. Marcelo has a BSc in Chemical Engineering with a specialization in energy and environment from the University of Calgary where his final project involved the development of a thermal-hydraulic model of a small modular nuclear reactor using MATLAB. His expertise in both chemical and software has been used in the development of NEXIM. And in the development of the TEAM platform. Outside of work, Marcelo enjoys playing the piano, hiking or having a board games night with friends.