As companies looked toward a more sustainable future, hydrogen gained popularity as a viable alternative fuel. It is clear to see the appeal of hydrogen energy since it produces zero carbon emissions when it is combusted. The question then is, how is hydrogen gas produced? Most commonly, hydrogen is produced through reforming processes at a cost of around $1.40 USD/kg.[1] However, these processes produce large quantities of carbon emissions. An alternative way is through electrolysis at a cost of around $5.40 USD/kg.[2] Depending on the source of the electricity, this could be an effective way to reduce carbon emissions.

The major benefit of electrolysis over reforming processes are how quickly the production of hydrogen can be ramped up or down. Electrolysers can alter production rates almost instantaneously if flexibility is required.[3] Alkaline electrolysers are not a novel concept and have been used for several decades.[4,5] Its downsides include the operating temperature range of 70 to 150°C and the physical space required.[4,5] A typical industrial unit uses about 13.5m x 4m of floor space.[5]

The electrolyser itself is a series of cells with an electrolysis reaction taking place:[6]

Each electrolyser cell consists of an anode and a cathode separated by a membrane submerged in water. A power supply passes a current through the cell splitting water into hydrogen and oxygen.

Faraday’s law is used to properly size the electrolyser unit:[6]

ne        = Number of electrons transferred in the chemical equation (2)

How efficient is electrolysis? 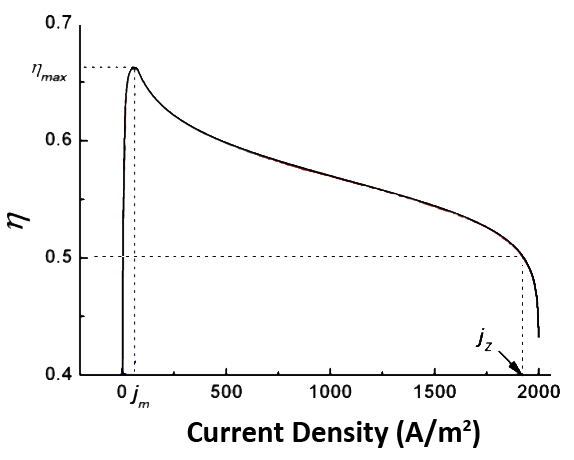 Figure 3: Efficiency as a function of current density for industrial alkaline electrolysers.[9] 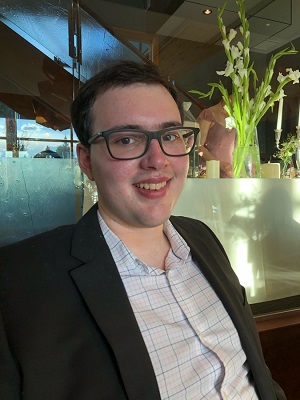 Gabriel joined Process Ecology in June 2020 as a Process E.I.T./Air Emissions Analyst. He started his career at Suncor as a Process Safety Engineer involved with the safe start up of the Fort Hills mining operation. Gabriel has a BSc in Chemical Engineering from the University of Calgary and is pursuing a MSc in Software Engineering. His interest in both chemical and software engineering has been well utilized in the development of a new process simulation tool, NEXIM. He is also involved in air emission quantification and reporting for the oil and gas industry. When not behind a computer screen, Gabe enjoys bike riding in Fish Creek or a fun night of board games with friends.