Water resources are under significant pressure from rapid urban and industrial growth. This, coupled with increasing concerns about climate change and drought in various regions, sets the scenario to change the way water is used and allocated to industry. The use of the resource by industry has clearly been identified as a major concern by various organizations and in fact, water may well become a constraint in the development of the oil & gas sector. Governments worldwide have set strategies and targets for improvements in water efficiency, including the use of economic instruments (e.g. pricing policies) for achieving these targets. It has also been recognized that many regions of the world not considered arid are facing major water

shortages in the future and that action is needed now to avoid a major disaster; a number of studies call for more stringent regulations around water conservation for industry.

Some illustrative figures from activities in Western Canada are reported as follows:

Water has been identified as one of the top four challenges faced to exploit one of the largest deposits of crude oil (mining of oil sands); the large volumes stored in tailing ponds as a result of the sand-oil separation need to be managed with long term vision as dyke failures could represent a major environmental disaster. The cumulative impact of groundwater withdrawals for steam injection and other in situ operations has not been properly evaluated but has the potential to cause serious damage. Even if the most visible impacts will be due to mining operations, the cumulative impact of a large number of in situ and enhanced oil recovery (e.g. water flood) projects could be even larger. The goal of water minimization cannot be considered in isolation and other environmental impacts must also be included in the analysis for decision making. Evaluating the various trade-offs in these systems remains a significant challenge. Typically licenses for water diversions include maximum amounts that can be diverted and used in a given time period (water allocations); and newer licenses usually have an expiration date (which was not the case in earlier regulations) and are renewable for a nominal fee. More recently the terms and conditions of these licenses depend strongly on the location of the project; in general, local authorities require oil companies to search for alternative water sources before applying for a license.Enhanced oil recovery projects have been increasingly built with saline groundwater as the source and this trend is expected to continue. Even if the oil & gas sector is not a very large user in terms of total water allocation, it does remove a significant volume of water from the natural cycle by deep well injection. In the oil sands mining operations alone, it is expected that applications for water licenses would result in a water allocation of around 665 million m3 which is greater than the water demand from the Greater Toronto Area. In the in situ extraction there was a significant increasing trend close to 30 million m3; back in 2004 actual figures exceeded government estimates by a factor of three.

Technologies to reduce water use

Increased water recycling and use of saline sources requires associated developments in treatment technology to reduce the cost of these operations and the amount of solid waste produced by treatment units. Pollutant migration (e.g. arsenic) caused by the steam injection projects has also been raised as a concern for local communities. The solid waste problems created by produced and saline water treatment must also be dealt with carefully; this issue is to become increasingly relevant as the trend is to direct industry to the use of saline water; the potential to increase water reuse and recycling is still significant in both EOR and in situ bitumen production. The life-cycle impacts of land filling solid waste from desalination plants must be evaluated against the deep well disposal of these high TDS wastewaters. Clearly the best option is to introduce technology that does not rely on water for oil recovery and separation of bitumen from sand, such as the variants of dry tailings that have been proposed and CO2 injection for improved oil recovery. The development of better consolidated tailings processes could also represent a significant advance in the management of tailings ponds; cooling water minimization is also an item on the agenda, and improved energy efficiency can support this goal. On the in situ front, the developments with solvents and other heating procedures (e.g. microwave technology), in situ combustion, and gasification could all have a large impact in water use in the oil & gas industry. Closed water loops have been under investigation; however the energy cost of these schemes cannot be ignored.

Some of the main problems around policy-making for water include:

•    Lack of quality data and information to base policy decisions

•    Best available technology is not enforced

A vision for the future growth of the oil & gas industry includes avoiding the use of groundwater, minimizing the use of surface freshwater and the maximum use of saline water (with due consideration for solid waste management after treatment). Water recycling is optimized and in any new project, a life-cycle analysis of various technologies is performed to implement those options that reduce the impact on water resources and the environment in general.

Cumulative impacts should also be an integral part of environmental impact assessments for new projects and expansions. Further research and development in water recycling technologies is required together with the technology and policy options discussed above. The document also concludes that in drier areas a decision will have to be made to determine which is more important: water or oil. 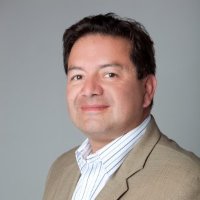