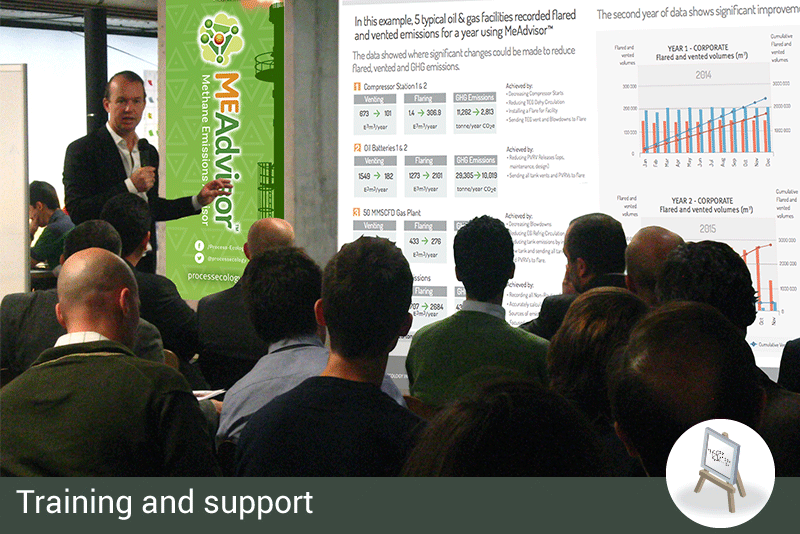 Simulation of a Reciprocating Compressor in HYSYS

The standard compressor model in HYSYS requires that suction pressure, discharge pressure and flowrate be specified or calculated from elsewhere in the flowsheet. However, if you have reciprocating compressor curves which provide a relationship between flowrate and pressure, then how can these curves be used in a HYSYS model? This figure is an example of reciprocating compressor curves – providing the relationship between capacity (MMSCFD) and suction pressure (psig) at three discharge pressures.

First it is noted that HYSYS does provide some advanced capabilities in the compressor model:

Ability to add centrifugal compressor curve information – it is possible to add multiple curves relating head to actual volume flow for different speeds. However, this method is not well-suited to the format of the reciprocating curves shown here.

One of the difficulties is the requirement to properly set the pockets when the compressor is horsepower limited. The reciprocating compressor functionality does not automatically set pocket position to meet the horsepower.

Our recommendation then is to use the powerful spreadsheet capability in HYSYS which allows the use of these reciprocating curves.

First we set up the HYSYS case – this particular compressor is a two-stage compressor, so the PFD appears as follows:

The suction drums and inter/after stage coolers are also included in the model. We specify the suction and discharge pressures/temperatures, but leave the flowrate to be calculated by the spreadsheet.

Next we create the spreadsheet and add the curve data. We assume that the relationship between capacity and suction pressure can be expressed as two linear segments which is quite reasonable in this case. The first segment at lower pressure represents the capacity increase in the region where the compressor is not horsepower limited. The second segment at higher pressures has a smaller slope     (i.e., the flowrate does not increase as quickly with suction pressure) – this is the region where the compressor is horsepower limited. It is possible to see more complexity in these curves – for example, if a cylinder changes from double-acting to single-acting we can see a discontinuity, but many reciprocating compressors can be well-represented with this simple linear relationship.

The data is shown below: Now we need to import the suction and discharge pressures, and interpolate and/or extrapolate the capacity from this data. The calculations are summarized here:

Lastly, the interstage pressure is estimated – assuming the same compression ratio (PDISCHARGE / PSUCTION) for each stage. This is calculated in cell E13, and exported to stream “AC1”.

Now, as suction and/or discharge pressures change, the flowrate in the compressor will also change. The calculated HYSYS flowsheet is shown below: James has over 25 years of experience in process engineering and emissions management for the chemical and petroleum industries. He brings a strong background in the development and application of computer simulation models to oil & gas industry challenges. James worked for Hyprotech/Aspentech for almost 10 years in various capacities including Global Technical Support Manager and Business Development Manager for the Project Services Division. He then spent 5 years providing process engineering and simulation consulting to a number of operating companies and engineering firms. James has been a Managing Partner for Process Ecology for 10+ years, during this time providing process engineering services, emissions reporting, project management, and software development support. James is a Chemical Engineering graduate from the University of Calgary and holds a MSc in Chemical Engineering from the same institution. In his spare time, when he’s not playing ice hockey or cycling, he is recovering from injuries incurred from those sports.